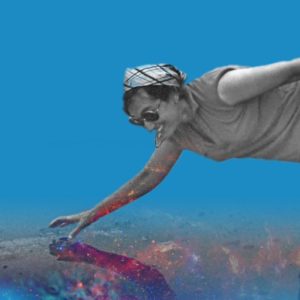 Last week we officially launched our research project with a screening of the film „Symbiotic Earth“ – a documentary on the life and work of biologist Lynn Margulis. The film is actually quite good (though it is a bit too long and the music starts to get annoying after two hours). It’s great to see Margulis think and talk. She is obviously not only a great writer and researcher but also a vivid and passionate speaker. The film engages with the political and social implications of different theories of evolution. That was very helpful for getting a sense of why symbiosis is not just an important object and figure of thought for biologists but also for social scientists.

Still, we were not completely sure whether the audience completely understood why we, as sociologist, would show a film on a biologist. That’s why we had a discussion after the film for which – surprisingly – almost everybody stayed. Luckily Tobi Erb from the Max Planck institute for terrestrial microbiology agreed to join us for this. His great expertise made possible a really interdisciplinary discussion on symbiosis. To introduce Tobi’s work, it is probably best to refer to a passage of the film in which Lynn Margulis talked about what microbial life had achieved long before plants and animals arrived on the planet. Among their achievement was to establish five of the six existing metabolic pathways that fix CO2. Now, Tobi and his team at the MPI established a seventh metabolic pathway in their laboratory! And it took them only five years to do so – and not millions of years like biological evolution. As you might have guessed, Tobi is a synthetic biologist who not only interprets the biological world but aims to change it. For us it was especially great to be able to talk to him, because of our interest in the “engineering” of life processes in general and symbiosis in particular. And for the discussion it was great that he engaged so productively and enthusiastically with our and the audience’s question. This really provided a lot of valuable insights and perspectives on symbiosis. Thanks again Tobi. We hope to continue this conversation!

A big thanks also goes to the audience who came out on a Thursday afternoon to watch a two-and-a-half-hour documentary on a biologist (to be honest, we were quite concerned that nobody would show up, but in the end almost all of the seats in the cinema were occupied). Either this shows the great commitment to science in Marburg or people thought they were about to see a different movie and were then too polite to leave.

In fact, “Planet of the Symbiotes” – so almost “Symbiotic Earth” – is a Marvel Comic series that served as the inspiration for the 2018 superhero blockbuster “Venom”. I know this is a long shot: but actually, the film teaches quite an interesting lesson on symbiosis. Because – spoiler alert – at first the symbiont that chooses the main character– played by Tom Hardy – as his host is a bug and only later becomes a feature. So, in the film symbiosis is not a particularly harmonious form of living together or “being with” (Haraway) but it is highly ambivalent. This also resonates with what Tobi had to say about symbiosis from a biological perspective: symbiosis often involves a power play when an organism tries to drag another into a symbiosis which at first is very reluctant to do so. This is of course a helpful reminder for us as sociologists who have for the most part of their careers analyzed relations of power and only started to engage with symbiosis.